On Wednesday, Gov. Kay Ivey announced the creation of her Alabama Sentry Program which will allow administrators in schools without a School Resource Officer (SRO) to be armed following approval by the local school board, superintendent, and county sheriff.

Just days before Alabama’s primary on June 5th, it would appear Ivey is trying to score quick political points by offering what she calls a “reasonable and measured approach” to school safety. It may appear reasonable when compared to Rep. Will Ainsworth’s controversial and ultimately failed bill to arm teachers, but it is little more than a political ploy that avoids the hard work of finding real solutions to a serious problem.

As if proximity to the primary election weren’t suspicious enough, consider the fact that within an hour of announcing the new program on Twitter, a tweet from her campaign page touted her endorsement from the National Rifle Association. 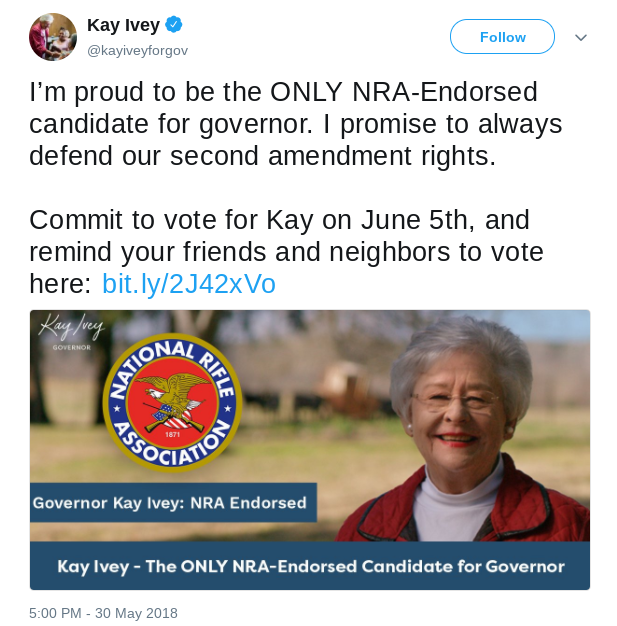 What may surprise Ivey and others who believe Alabamians will vote for anyone with the NRA seal of approval is that everyday Alabama families don’t want more guns in schools.

Hometown Action has knocked on over 2000 doors in these communities. During the resulting conversations with community members, education emerged as the number one issue, but not one person said they want more guns in schools.

Families are absolutely worried about school safety, and they want our elected officials to do something about it. They also want real solutions that are going to work.

After the recent Parkland school shooting, Gov. Ivey formed the Securing Alabama’s Facilities of Education (SAFE) Council which made ten recommendations to improve school safety. These recommendations include increased funding for additional safety personnel, enhanced physical security measures in school buildings, and surveillance systems linked directly to law enforcement. But the majority of their recommendations center around creating a culture of safety and investing in mental health resources, ultimately taking a public health approach to prevent violence by identifying and stopping it in its earliest stages. 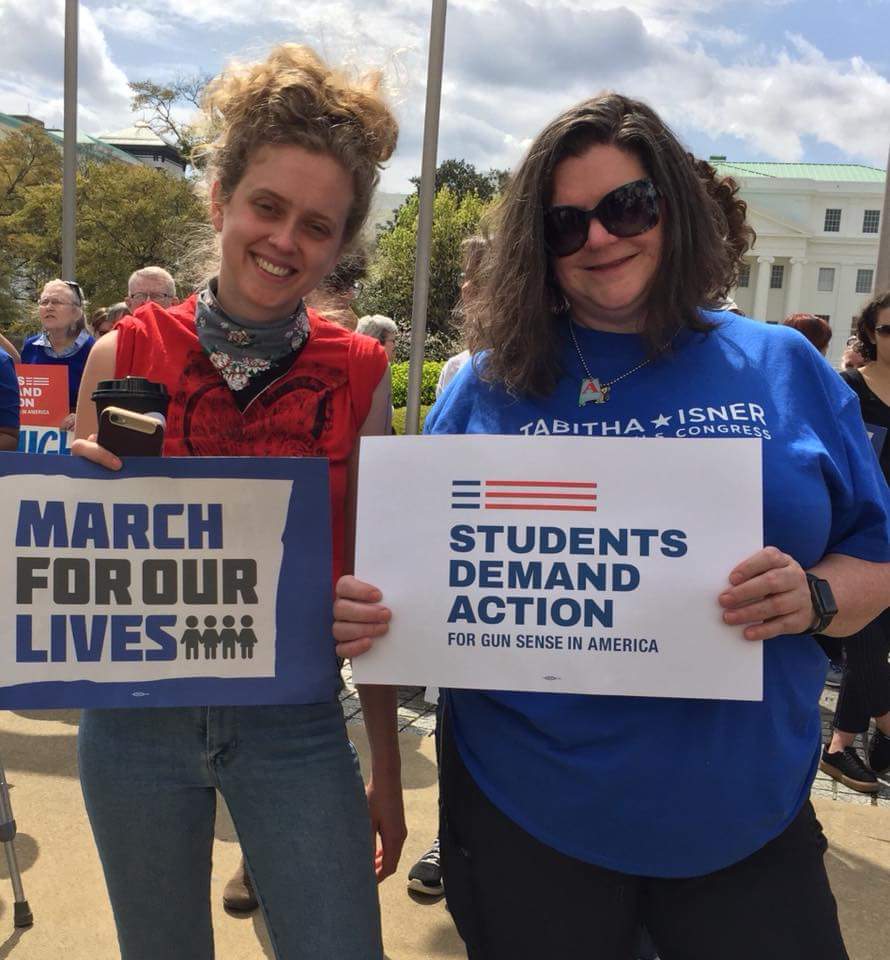 This is the approach the parents Hometown Action has spoken to want to see, and it doesn’t matter if they are Republicans or Democrats, black or white, middle class or low-income. Families want to know their kids are taken care of everyday, not just in a crisis. That means doing more to prevent bullying, doing more to create a culture of tolerance that puts a stop to racist and homophobic taunts. It means actually funding our schools to provide our kids with a quality education, and this is the core problem with Ivey’s proposal.

While Gov. Ivey has paid lip service to some of these ideas, she has done nothing to actually implement them. Doing so would require calling a special session of the legislature to figure out how to pay for it. And that could complicate her and others’ reelection campaigns. Furthermore, her current plan puts the cost burden of purchasing weapons, ammunition, a biometric storage system, and all accessories on local school systems. And since the program only applies to systems without SROs, they’re already likely to be among the poorest in the state.

Gov. Ivey may go on to win the Republican gubernatorial nomination, but it won’t be with a majority of support from Alabamians. Alabama families are tired of politics as usual that do nothing to actually improve the lives of everyday working people. Many of these folks have given up on electoral politics as a means to create change, as will be shown by the number of people who stay home on election day.

But that could soon change because one more thing has become very clear from our conversations with small town residents. They are tired of being ignored by both political parties and it won't take much for them to realize the power they can have by coming together around shared values. If Ivey and others don’t learn that soon, they’re putting their own political futures at risk.