This is the second installment of our monthly Field Notes, your update on all things Hometown Action and then some. If you missed last month’s, you can read it here.

No matter what’s been on your mind lately, it now inevitably includes thoughts about gun violence in our communities. This is a complicated issue, especially in the South where hunting and recreational gun use are part of the culture. But the debate is shifting considerably compared to the aftermath of past shootings as a direct result of southern, small town (and often queer) students. 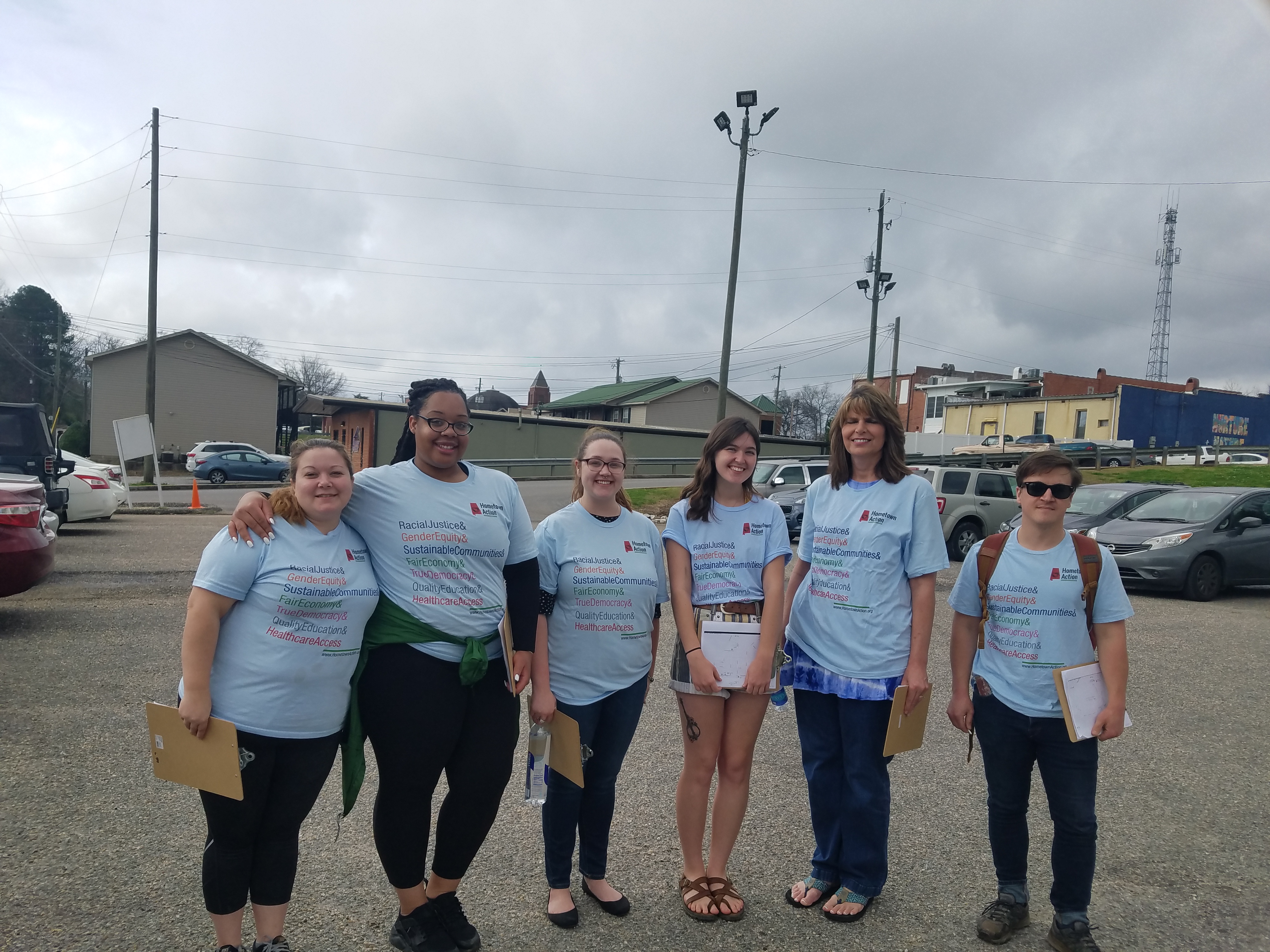 It’s little surprise then that in our own organizing over the past month, students and youth have emerged as the backbone of our work, moved by a vision to reclaim lost childhood spaces and prevent the seemingly unavoidable excommunication from their hometowns in search of adequate opportunity after graduation. Without a doubt these young people will lead us out of darkness. That alone should be enough of a reason to forgive the $1.4 trillion in accumulated student debt.

As we continue with our community canvasses seeking input from local residents, education and the economy have emerged as top issues. Committed to advancing community-informed issues, 14 of our members knocked on 783 doors in one weekend, having hundreds of conversations about community needs. As part of this effort, we raised over $500 to support expanding community canvasses into new areas. Expect to see increased outreach in Jefferson, Shelby, Chilton, Bibb, Elmore, and Montgomery County in the coming month. 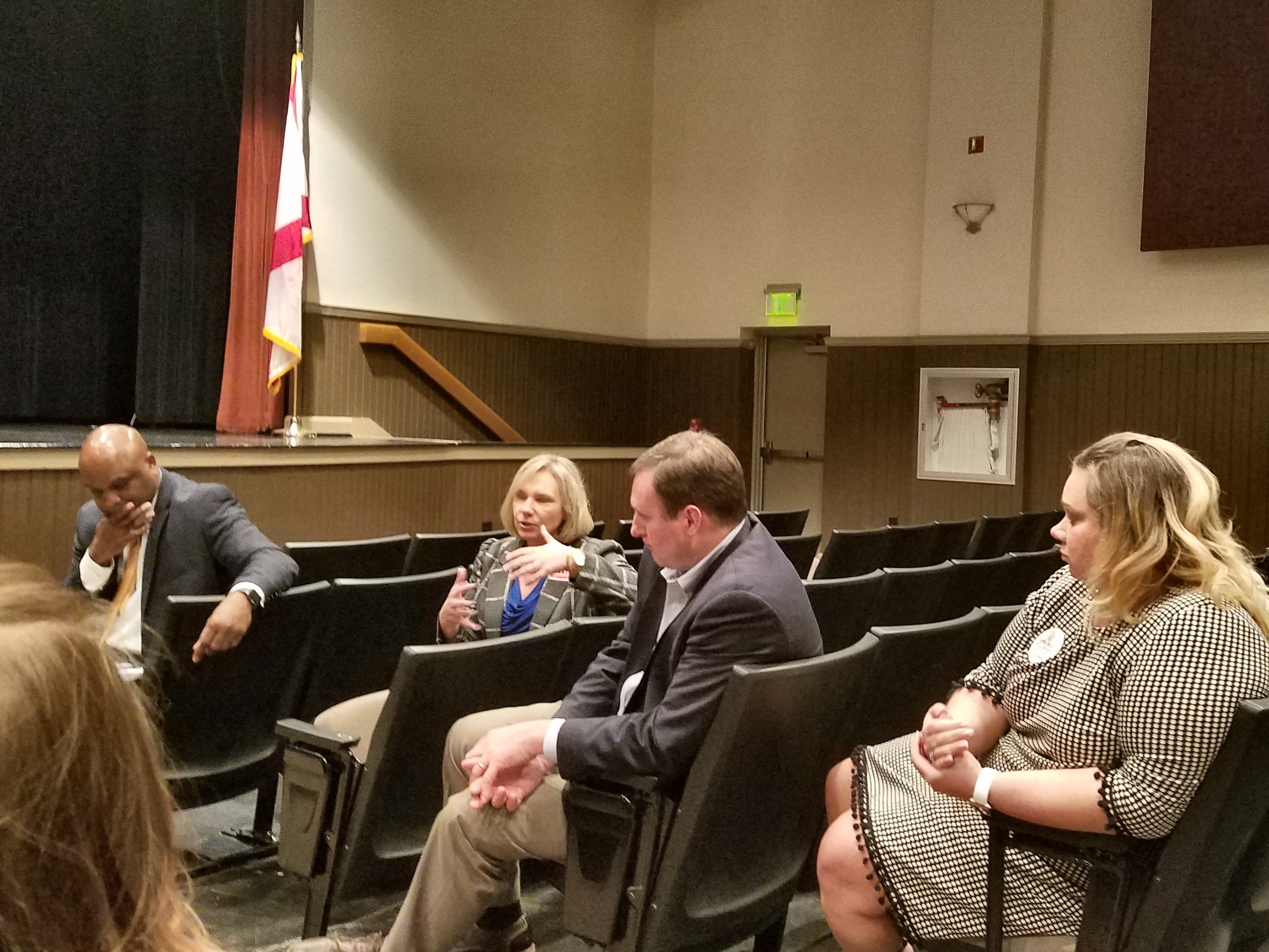 It’s no wonder education is on everyone’s mind. Debate of arming teachers has been a hot topic in the state legislature, however, central Alabama chapter members report Shelby County school board and superintendent candidates (as well as parents) are adamantly opposed to such a move.

There was big news in Montgomery as the city authorized it’s first charter school--a decision that will further hurt the city’s struggling school system which has come under state control. Conversely, a court ruled predominantly white Gardendale cannot secede from the Jefferson County school system because the move was racially motivated.

Finally, we can't help but be inspired by the teachers and students in West Virginia who are proving the power of organizing, winning a huge pay raise for all state employees as a result of their wildcat strike.

February was a busy month. Members participated in a grassroots lobby day to end predatory lending practices that trap our most vulnerable residents into a cycle of poverty and debt. Not unrelated, several members participated in the launch of the Alabama contingent of the Poor People’s Campaign.

Montevallo members have launched a petition in support of the city’s proposed nondiscrimination ordinance. Anyone who lives, works, attends school, shops, or worships in the community is encouraged to sign. A second city-sponsored deliberative forum intended to address concerns and improve the ordinance saw about ¾ of attendees in favor of its passage which would make Montevallo the first non-metro community to do so.

Several members qualified to run for local office ahead of last months filing deadline and we're excited to see them introduce a new kind of politics--one that puts people first. In addition to our own members, we’ve heard from dozens of candidates for statewide and congressional offices who are prioritizing small town and rural issues as part of their campaigns. We’ll be engaging more with these folks soon to hear about their platforms for rural Alabama.

If you’re interested in helping build partnerships with candidates and elected officials who are committed to our values, be sure to sign up here. 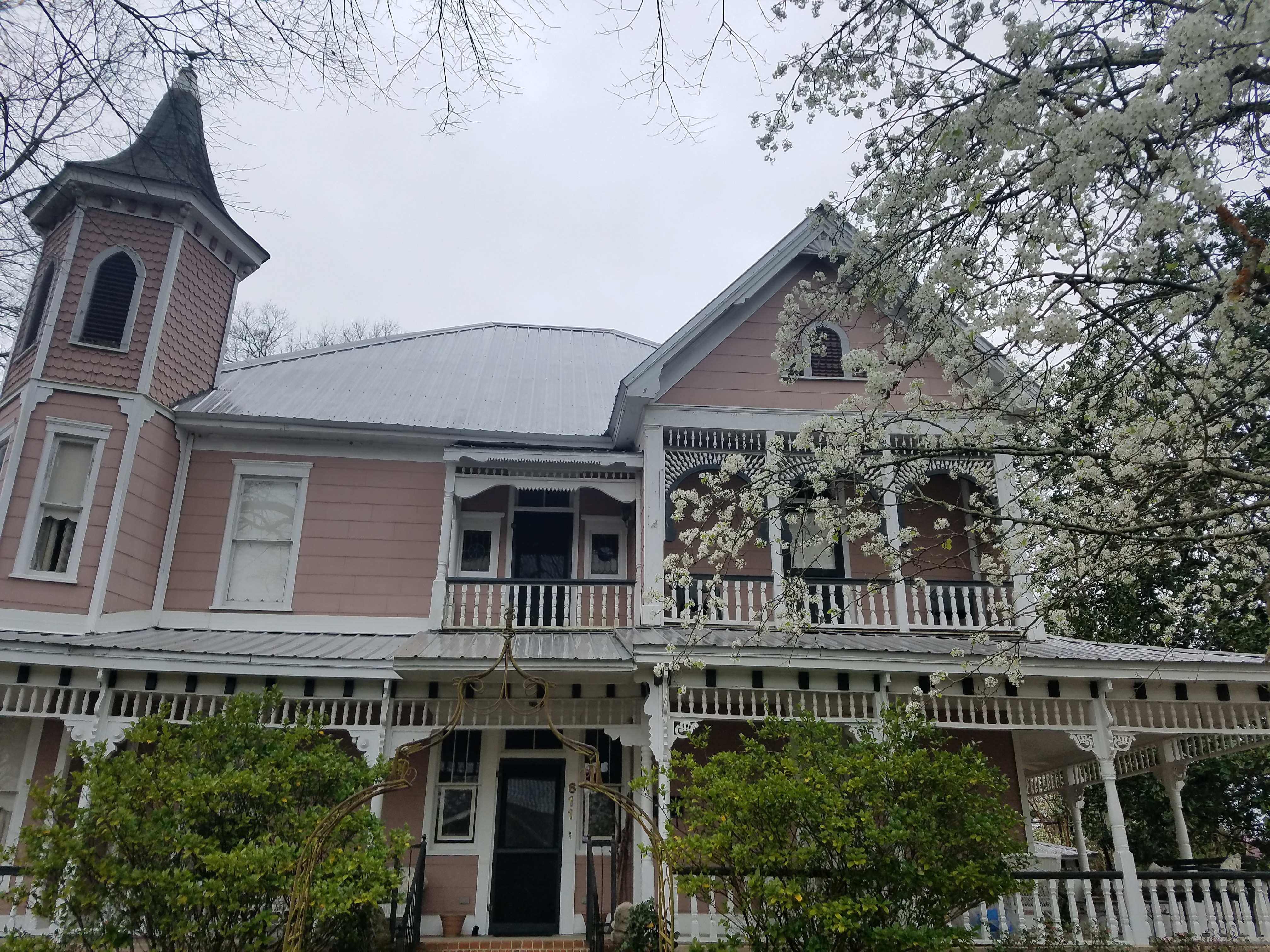 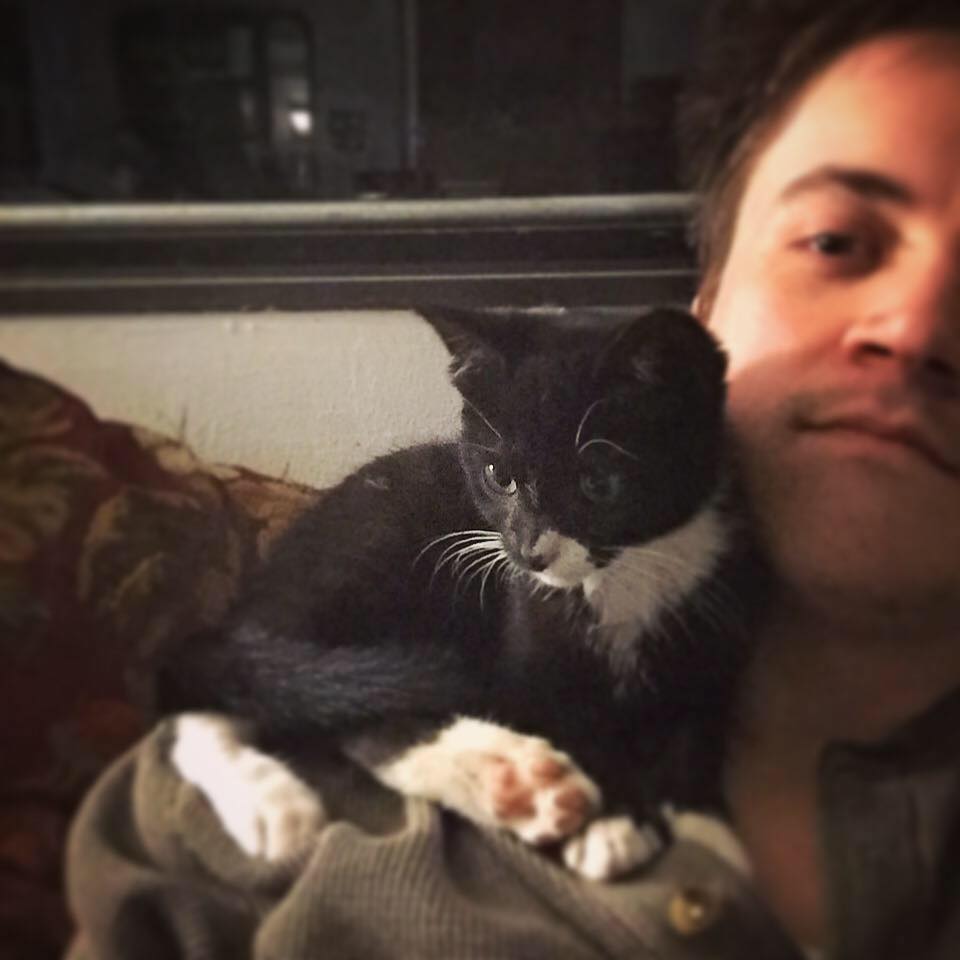 Ethan Taylor -- Ethan joined Hometown Action earlier this year, becoming a regular participant in our community canvasses. He lives with his two dogs and two cats in rural Chilton County where he aspires to build a self-sustaining homestead. He believes all people deserve empathy, effort, and generosity. He is committed to building grassroots power to grow equality and justice in his community.