Out in the Field 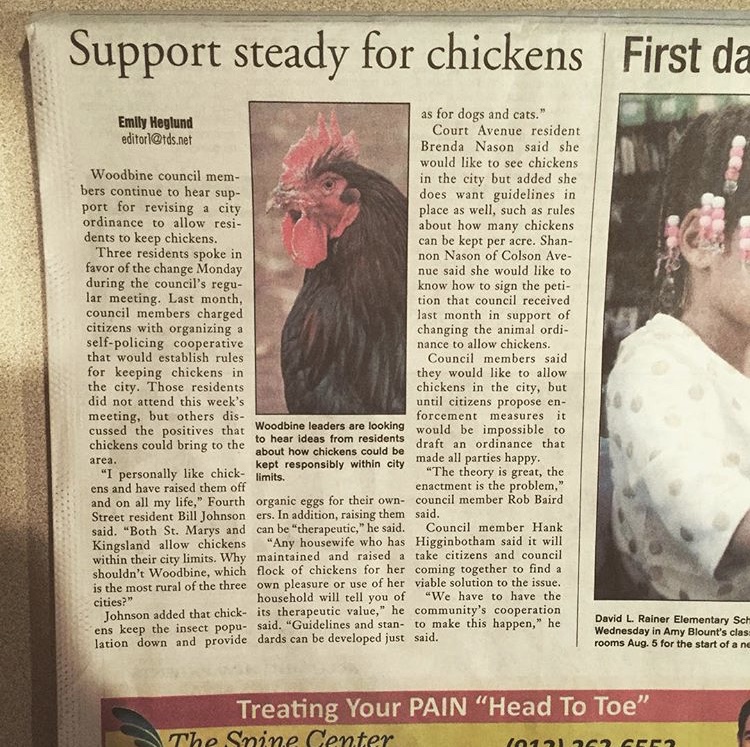 I grew up between two small towns in Camden County, Georgia. Camden is a predominantly rural county nestled way down in the southeastern salt marshes of the state. It’s the kind of place where you can give directions to any location purely by listing a long sequence of which churches to turn at, where chicken zoning debates make front page news, and where a shotgun was once raffled off at a high school football game. Last year, in an exotic dispatch from a New York Times food critic, one of the two towns was described as “a small village.” It was a magical place to grow up — a place for which I harbor a deep love and to which I return to whenever I can.

But as a queer person coming up in the rural Deep South, it wasn’t always a place that loved me back.

The story starts back in elementary school. Back then, heterosexuality already had some early adopters — fourth and fifth graders who would announce, impressively, that they were “boyfriend and girlfriend.” At the time, I didn’t understand or relate to what they were doing, but it didn’t worry me much. It appeared to only entail sharing French fries with one another at lunch time, which honestly didn’t seem like such a bad deal. (It still doesn’t.) In middle school, though, dating went mainstream, and it started to become dreadfully clear to me that I was — as one classmate memorably accused — “about as straight as the Crooked River,” which flowed nearby. 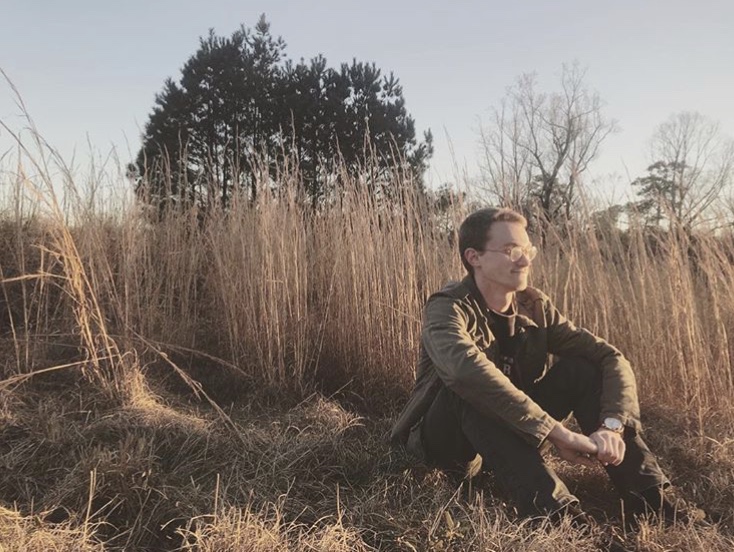 In some ways, I think this time was made more complicated for me by being bisexual. While I had heard many colorful names for gay people, bisexuality was not really a part of my vocabulary, and none of the 13-year-olds around me had the nuance to accuse me of being a part-time f****t. I thought that it must be one or the other — gay or straight. Developing small crushes on girls in my class, but more often thinking too much about boys, I was deeply confused and conflicted. Afraid of using the computer to ask Google what was happening to me lest my search history be my undoing, I turned to a handbook for Catholic youth that I found at my church. God wasn’t pleased, but He said that He’d forgive me if I deadened myself. So I did.

I tried to practice being straight, thinking that maybe it was just a matter or discipline and habit. It seemed attainable — but I was plagued by doubt and fear of myself. Nothing ever came of it, and I evasively convinced myself and others that I was merely “too busy” to date. I remember wishing for my thirteenth birthday, and my fourteenth, and my fifteenth, and my sixteenth that this would be the year I’d become finally, decidedly straight. I never got my wish. Thank God. 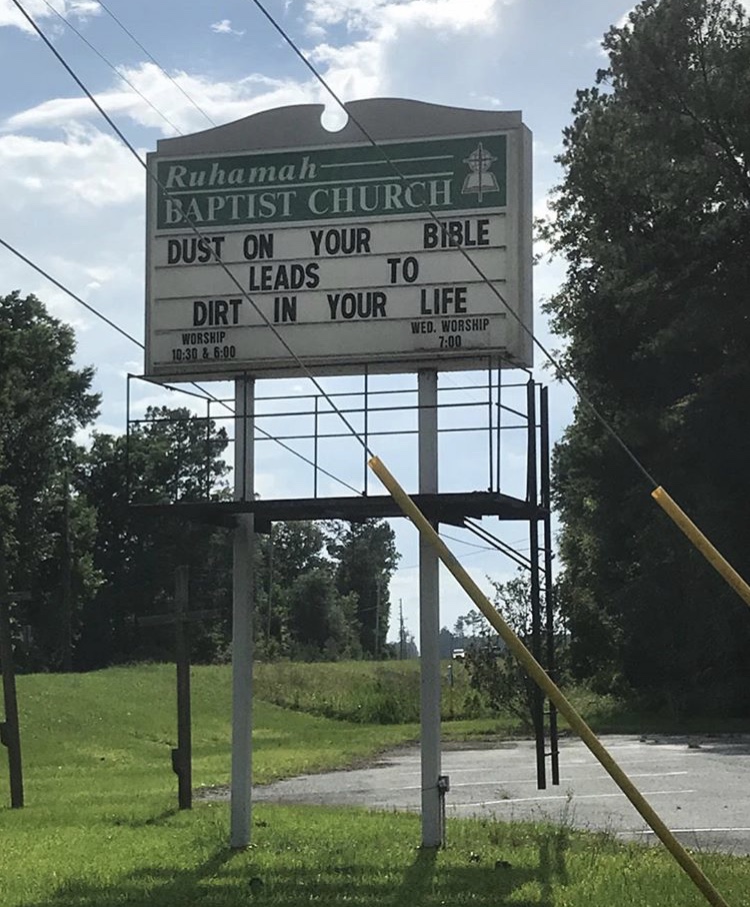 By the time I was well into high school, my number one priority was to get as far away from Camden County as I possibly could. I was still in hopeful denial, which felt all the more urgent in a community that was often explicitly hostile to LGBTQ people. I aspired to earn a scholarship to go to college outside of the Deep South, and if not that, to join the Navy like many of my classmates would eventually go on to do. In my fantasized future, all unresolved questions and unconfronted truths would naturally straighten themselves out as soon as I left the sticks and made my way to some big, glittering city.

My city was neither big nor glittering: it was Tuscaloosa, Alabama, where I received a full scholarship to attend school. I was elated and relieved to go to college; I was not thrilled about the idea of staying in the Deep South. Unsurprisingly, I didn’t “straighten out” after leaving Camden. By sophomore year, I was privately quite certain that I was not and would never be straight. I started to mentally prepare for the fact that I would probably, someday, maybe, need to think about coming out. And then at a party one night early in my junior year, a freshman I’d never met took one look at me, plopped down on the couch beside me, and shouted in my ear over the music, “WHAT’S IT LIKE TO BE GAY HERE?” 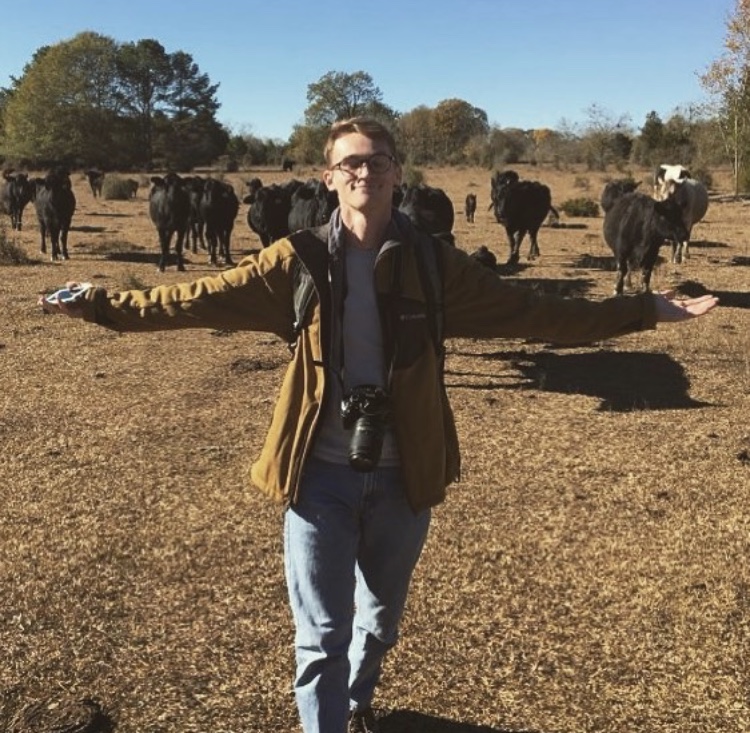 It was mortifying, and then it was liberating. She had no idea that she had wrenched open a door I’d spent most of my life frantically nailing shut. After that, everything happened quickly. I came out to my friends that year, mostly to a chorus of “duh”s. I came out to my family during an explosive Thanksgiving, which culminated in me shouting “I’M NOT AS STRAIGHT AS YOU THINK I AM” at my parents. At first, they didn’t respond. Later, they told me that they loved me and that they would most rather me be happy. In this respect, I am deeply fortunate. But they pled with me:

“Just don’t tell anyone in public.”

I think a lot about that. They didn’t make this request of me because they were ashamed. They asked me to hide because they were afraid. They were afraid of what it would mean for me to be out as a person who lives in the Deep South and spends a lot of my time in rural spaces. They worried about what people would say to me. What people might do to me. It still makes me wonder: what does it say about our communities that LGBTQ people should have to hide as though we were hunted? What does it say about our communities that some of us are?

Perhaps most importantly: how do we change that? How do we build rural Southern communities where threats of rejection and violence are not omnipresent?

Not for the first time, I didn’t listen to my parents. I nervously attended my first Pride events in 2017 and proclaimed myself to the social media universe. Earlier this year, I published a letter to the editor in my hometown newspaper where I came out publicly and asked my neighbors to oppose the anti-LGBTQ legislation that our state legislator was championing. And you know what? My mom wrote one the next week in support of me and LGBTQ rights. My Dad, whose dream candidate in the 2016 election was Ted “Constitutional Amendment to Eliminate Gay Marriage” Cruz, is now an equality voter. Others from Camden County reached out to me saying that they felt differently about things after reading my letter. I think that this is how things change: through hard conversations, through long term relationships, through presence, through grace, through us. I think that change stems first from believing in each person’s capacity to be changed, and then from taking the time as we are each able to sit with those who may yet be. 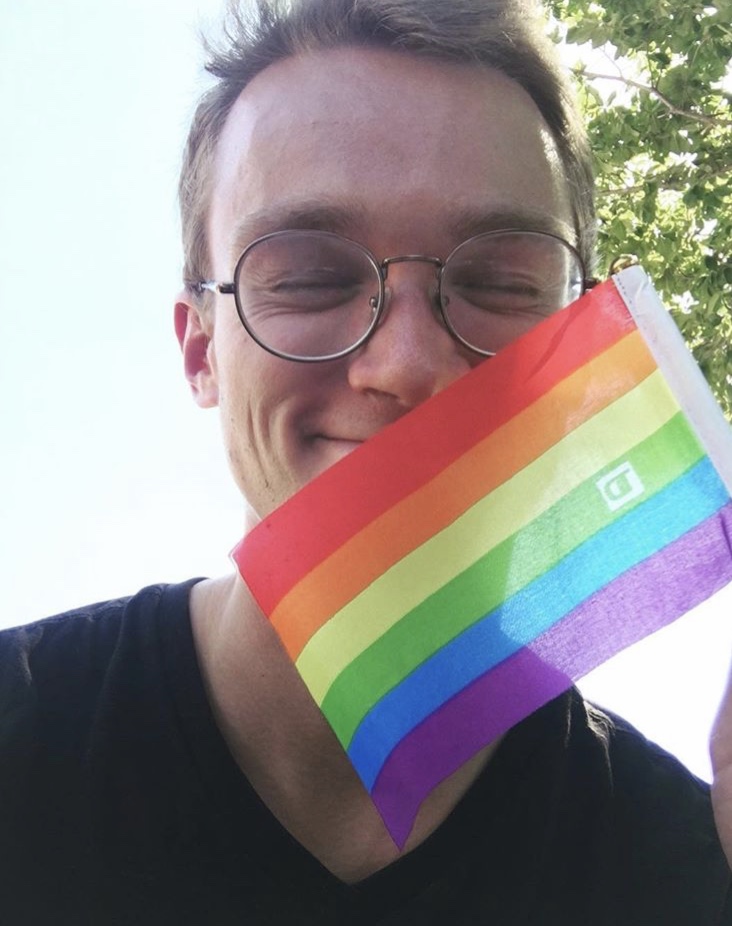 Not everyone can come out, nor should every LGBTQ person be expected to. But for those who are able, and for those who do, I think that we have immense potential to heal this world for others and for ourselves. There were a whole lot of people in Camden County, Georgia, who thought they didn’t know any LGBTQ people until they read my letter and realized that they’ve known one since I was in grade school. And if that makes them think twice, and if I am able to safely engage in conversations with them as an extremely privileged person within the LGBTQ community, then maybe that will make things easier for the next Camden County queer coming up in the sticks. Maybe making myself seen and heard in the rural Deep South can change things. Maybe staying can change things.

Recently, I met someone while traveling who asked me about how I spend my time. I told him that I am an organizer.

At the time, I laughed, delighted by this unexpected response. “I’ve spent a lot of time in closets,” I told him, “but I don’t organize them.” He was very amused, and we ended up having a great conversation about what community organizing is and how powerful it can be. I left the conversation with a new friend.

It wasn’t until later that night, though, that I started thinking about his question. While any peek at my own closet can tell you that I should never be responsible for color-coding people’s shelves or tidily arranging their shoes, it occurred to me that in another sense, I am interested in organizing other people’s closets. I am interested in banding together with other Southern & rural LGBTQ people. I am interested in the power of us drawing upon our shared experiences of isolation and exclusion, of drawing upon our closets, as we defiantly put down roots in this soil and envision the kinds of communities we all deserve. I am interested in working together, right here at home, to transmute the harms of our pasts into a future where we are all able to be our full selves. We are the weeds that didn’t get pulled, and we’re gonna keep on growin til we bloom. 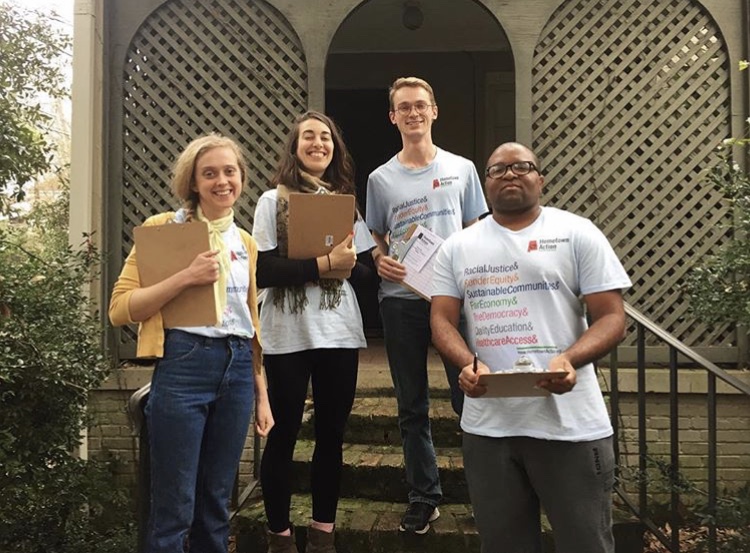 On this National Coming Out Day, I am thinking on the pain of those years in the closet. But I am also thinking about how my closet became a crucible, and how it carried within it the seeds of who I have become today. And today, I am someone determined to stay put. I am someone committed to fighting for my home here in the Deep South. I am someone with tenderness for the closeted person I was and joy for the person that I am able to be now. I am someone not confused. I am someone made possible by others who will make more possible for others. On this National Coming Out Day, I am thinking about how we are each carried by generations of grassroots rebellion, bravery, genius, grit, sacrifice, strategy, hardship, humor, suffering, creativity, community, conviction, care, faith, fear, fortitude, pride, and big, big love. It is our inheritance. To all my fellow Southern and rural LGBTQ people, whether you are out or not: let us tap into that for ourselves, let us channel it in support of one another, and then let us pour it into the earth like concrete right where we are. It is our foundation, and we have building to do.

Dana is a member leader with Hometown Action where he is currently leading the organization's voting rights restoration work. He lives in Montgomery.